Planning A Trip To Champaner – Short Trip Around Vadodara 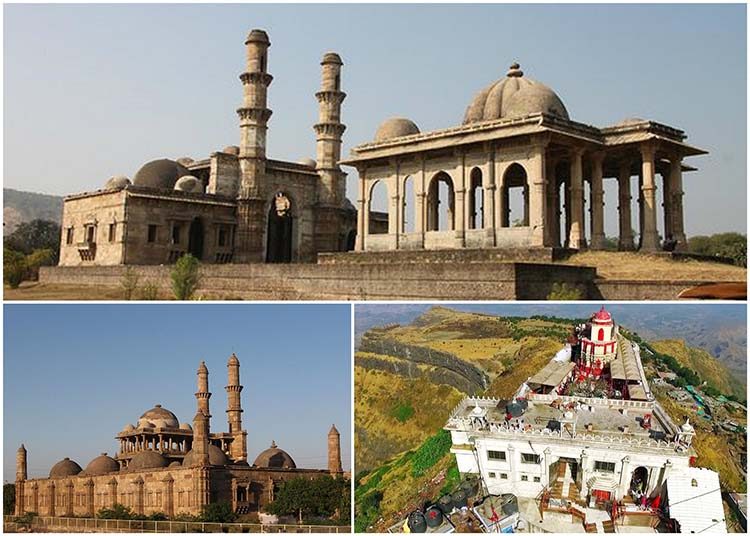 Nature’s blend of greenery and hills is an ageless beauty. The magic of such landscape makes every breath feel fresh and young. Located at 47 Km away from the Vadodara city, Champaner is one such kind. At a height of over 800 feet, Champaner takes you away from life’s mundane into a serene world. Not just for nature lovers, the city’s enriching historical roots, makes it a desirable place for architecture lovers too. Time and again, Champaner has been a witness to a series of strong rulers and invaders. From 8th century when the Chavda dynasty ruled, till 16th century’s Sultanate Dynasty where Mahmud Begada re-conquered it, Champaner has seen the times remarkably change. The remains, of exquisite forts, mosques and temples has now made it a World Heritage site. Champaner Archaeological Park is a beautiful evidence to some stunning cultural monuments like the Kalika Mata Temple, Jami Masjid and Kevada Masjid. The presence of both Hindu and Muslim style of architectures, makes the site so astonishingly diversifying yet exotic. 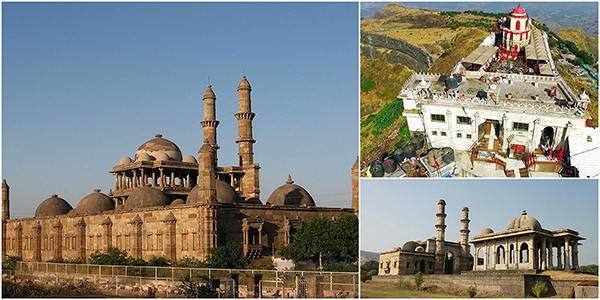 For nature lovers, a sight of the Pavagadh-Hills can be a treat to the eyes. The steep rock formations at Pavagadh is an outlier of the Aravalli Range and belongs to Vindhyachal range. Nature’s attraction at Pavagadh Hills is bolstered by the Vishwamitri River and Dhadar river, originating from the hills. The Pavagadh Hills is known to be a dormant volcanic range, which erupted nearly 500 million years back. It’s also a popular destination for Pilgrims because of its Kalika Mata temple. The Jain temple and also the Dhaba Dhungri temple are equally alluring locations to visit.  Nature’s beauty of dormant volcanic rocks and temples-built thousands of years ago, makes Pavagadh Hills a spiritual visit.

Located nearby, Jami Masjid is a surprising treat of an amalgamated Hindu and Muslim style architecture. The enthralling fractal carvings, minars and the Jaali design at the minar base, makes Jami Masjid draw millions of crowds every year. With intricate carvings, the Kevada Masjid is nonetheless enticing. The minarets, a square shaped cenotaph and the geometric designs makes the masjid a spectacular visit.